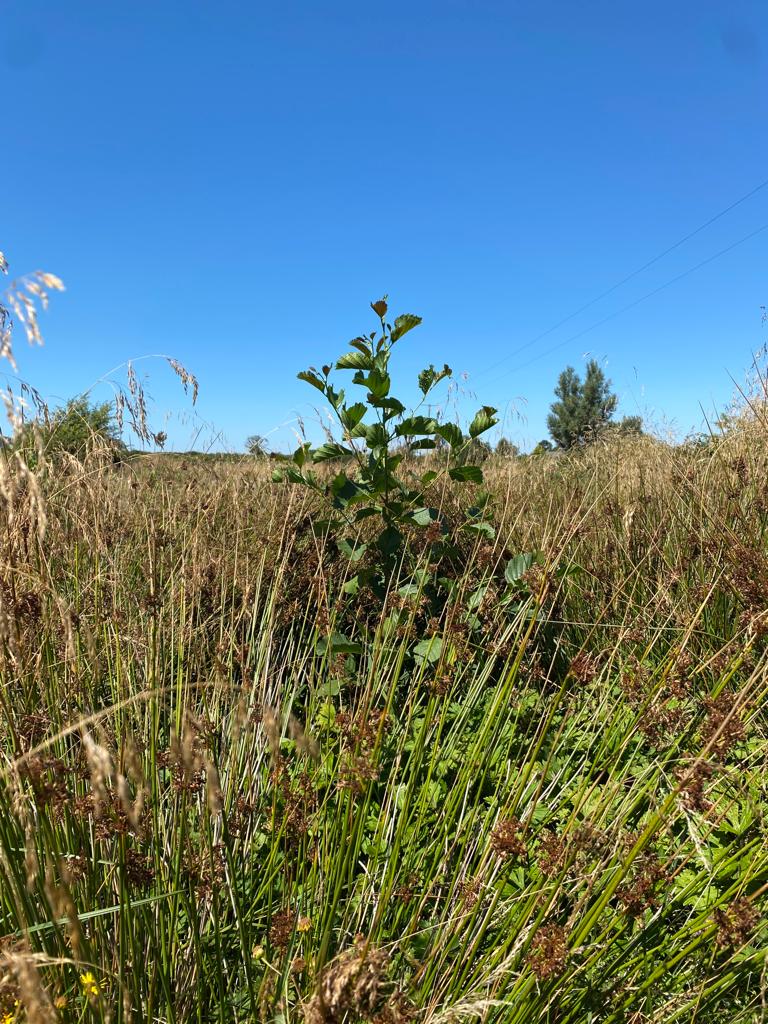 I took a visit to our Woodland Coffee plantation in Knockballyfookeen between the villages of Oola and Pallasgreen in August 2022.  As you can see from the short video, the weather was amazing and the trees were performing well considering the dry conditions that we experienced over the Summer so far.

During my walk around I could see that the bull rush and tall grass had really come on since we planted the site last November.  This habitat is super for insect, ground nesting birds and small mammals providing shelter, cover and an active food source.  The sapling trees are competing with the bull rush at present but will soon stretch upward above the shade as they compete for light.  As you can see from the video the trees and bull rush are difficult to tell apart at times.

It normally takes a year or two for sapling trees to establish but the Alder has over doubled in size since they were planted 9 months previously.  The Alder is one of Ireland’s most robust indigenous trees and is very tolerant of wet and windy conditions as well as being a source of food for a host of wildlife and fungi.

There were a few tree saplings that had ‘failed’, this is to be expected and occurs due to drought, damage, or a late May frost.  Fortunately, we did not have any late frost this year, but the plantation is vulnerable to this for the first five years until the trees fully establish themselves.  As part of our forestry permission, these ‘failures’ will be replaced in November / December each year.

It gives me great satisfaction to see our project come to reality and while we prefunded the project the ongoing success of this initiative is down to you, our customers, who are as enthusiastic about Woodland Coffee as we are.  Thank you very much for your continued support.

← Our Carbon Intensity and CDP Woodland Coffee Tree certificates on their way! 🙂 →